I have always had a fascination for Eastern spices.  I mean just look at the colours of those in the picture above, absolutely fabulous. The names of them too enables one to create a wonderful taste of words.  There are so many that I could select, but like a good chef I choose those that have a certain piquancy and texture that compliments the composition of the spicy word.

So, I start with a little Saffron.  Made from the dried stigmas of the crocus flower though there is no disgrace or discredit in that, making this rich orange-red coloured flavouring.  It’s quite expensive so we’ll use only a pinch or two. 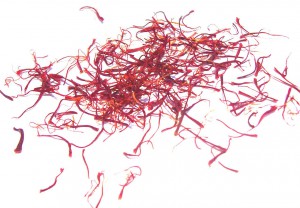 Next we need to add a little Cardamom, an aromatic South East Asian plant, originating in India.  Believed to have health-promoting properties and can be used in the treatment of depression.  It has a pungency and its aroma suggests lemon, mint and smoke.  Besides that, it is a great word to say out loud! 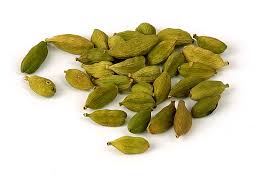 I would think just about everyone knows Ginger.  Included here because of its onomatopeaic qualities.  Even the name conjures up images of red- heads, ginger nut biscuits and ginger beer.  Even Second World War pilots with handle-bar moustaches and silk scarves.  Pit it looks pretty ugly in its root form. 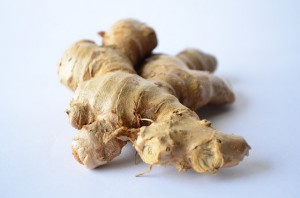 While Saffron is  lovely orange-red colour, Paprika is most definitely RED:

Not surprising really, as it comes from the chilli pepper family.  Again, the taste is in its sound.  This is evident when when it is sprinkled over colourless dishes:  it improves the food’s appearance not its flavour.

Garam Masala.  Doesn’t that sound simply fabulous?  It sounds fascinatingly spicy.  Garam means “hot” and masala is a mixture of spices, and is highly aromatic, so whether you smell it, eat it or simply say it, there is much pleasure to be had from the words. 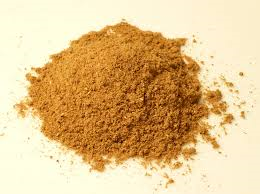 And finally, to round off our dip into spicy names comes Star Anise.  The name, its shape, its exoticism just abound in style.  Of all the spices it is visually the star and its aniseed flavour enhances slow-cooked Chinese dishes wonderfully well. 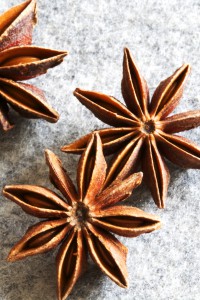