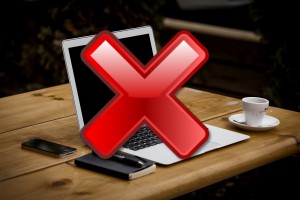 Posts have been few and far between of late for the simple reason that my laptop was stolen from my house, as was my external back up drive.

Once the shock had worn off, despair kicked in quickly followed by anger and then frustrated impotence.  Yes police were notified, yes I had serial numbers recorded but I knew all my work had gone.  For good.  Yes, I know I should have been more protective of my work but you never think that it will be stolen – or rather I didn’t but do now!   So the business of trying to re-create all that had been lost began and with one or two exceptions I am happy to say that things are back to normal now.

Resuming my posts on this poor, neglected website I was tempted to delve into the bowels of urban terminology and spew forth words of vitriol and venom;  obscenities, profanities and blasphemous bile to cleanse myself of the feelings of being violated that having someone invade one’s home brings.

But no, one must rise above such feelings and in doing so I comforted myself with other words more attuned to these pages.  The worst name I allowed myself to use for this Thief was Scumbag, which I think apposite in the circumstances.

Tea-leaf is a great London (I hesitate to say Cockney) term which conjures up images of the endearing Artful Dodger in Mr Dickens’ wonderful novel, Oliver Twist, so not as strong a term in these circumstances.

I also love Brigand, but again it is a word which is not really applicable to my situation having connotations of mountain or forest robbers, a la Robin Hood and his Merry Men.

The word I have settled on to placate my fevered brow then is also not truly germane to my particular theft, in that it usually relates to the misappropriation of monies held by someone in authority, but, notwithstanding, I am going to satisfy myself with Defalcator.  Now that sounds like having the matter thoroughly dealt with and I feel much the better for it, thank you.