There are about forty different Catacombs of Rome – ancient underground burial places most famous for Christian burials – begun in 2nd Century AD.  They were built due to a shortage of burial land on the surface and subsequent overcrowding.

While the original custom in Rome was cremation, with the ashes being retained in an urn or pot, it became more ‘fashionable’ or acceptable to bury the unburnt remains of the dead in graves or sarcophagi.  Christians also preferred burial to cremation because of their belief in the resurrection of the body after death.

The catacombs (and there are many others in the World, for instance in Paris) today are huge tourist attractions with large tour groups visiting them year round.

It is very important that the Catacombs of Rome are not confused with the Cats of Rome which have lived in and around the Trajan Markets since ancient times and continue to reside in the ruins of the same market area today. 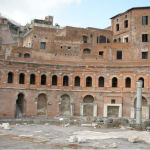 Further, it is equally important not to confuse the Catacombs with Cat Combs – something completely different: 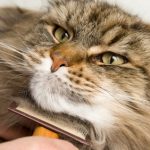 Or Ilfracombe, where I was taken on hols as a nipper: 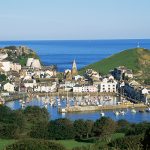 Notwithstanding all that, Cat Combs, Ilfracombe, Catacombs each has a lovely word sound.  I think it must have a lot to do with the pronunciation of “coomb” or “coombs” or “coam” that make the words special.